(May 1st, 2020) Canada’s most accomplished and recognized club programs, EDGE and EVOLVE Lacrosse are pleased to announce the formation of the United Lacrosse League (ULL). The ULL will consist of 6 teams across age groups 2003 – 2011 with league play scheduled for this summer, concluding with a Championship Weekend.

The ULL is going to create a great opportunity to Unite the best players from across the province to play at the highest level possible. The United Lacrosse League is about the players and putting them in a position to play best on best. The ULL is about the collective, the top kids who want to play with the best and against the best. This league is about removing those boundaries and restrictions and letting those players pursue lacrosse at the highest level”
- United Lacrosse League #WEAREUNITED

“We know how much everyone is missing lacrosse and want to get back playing. The goal is just that, to play the game we love this summer. The partnership with Edge is long overdue. Edge is one of the pioneers and alongside Evolve, one of the top clubs in Canada and North America. Collectively we have created a league that will provide tremendous lacrosse benefit to all involved for years to come. We have always had high level competition in our own backyard and now with this partnership we are able to bring The United Lacrosse League to Ontario”  Tracey Kelusky Co-Founder of Evolve Elite Lacrosse and ULL

“Tracey and I have talked about this concept for quite some time. With some time to reflect recently we felt like now was the time to bring the United Lacrosse League to life. With the uncertain time’s ahead, we see the need for more localized Elite competition, and the ULL achieves that on every level. Evolve has been a driving force and shown great leadership in developing Lacrosse at the Elite level in Ontario and across Canada. They have been great partners in this new league, and while we compete against each other and there is certainly a strong rivalry between our clubs, in true lacrosse spirit we are doing what we think is right for the players and coming together to form the ULL” Stuart Brown Founder of EDGE Lacrosse and Co-Founder of ULL

Registration and league information will be coming soon. Stay up to date with all upcoming ULL announcements and information by visiting www.unitedlacrosseleague.ca and finding us on social media Instagram,  Twitter,  Facebook

Feel free to reach out to us about any questions by email – info@unitedlacrosseleague.ca 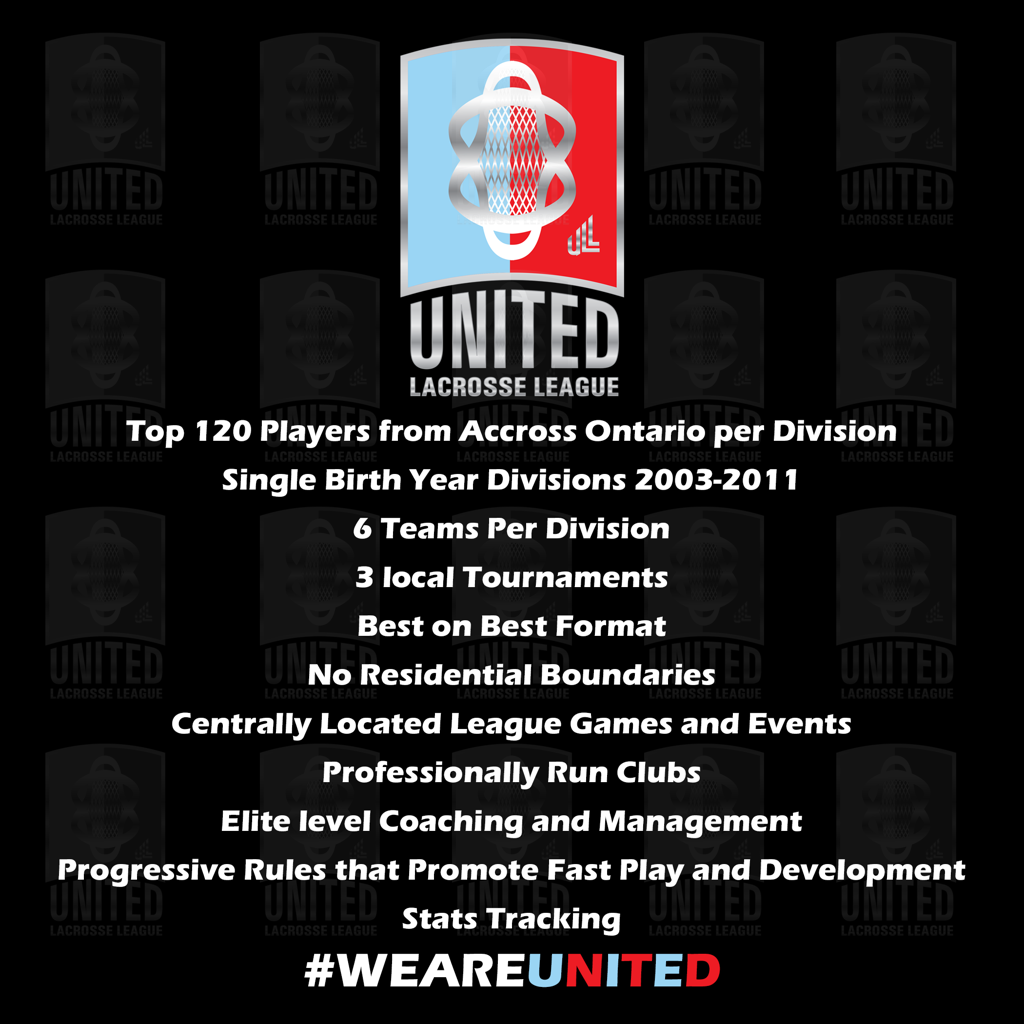