The Canadian Lacrosse Association recently announced the roster for the U19 Men's Field Team that will represent Canada at the upcoming U19 Federation of International Lacrosse (FIL) U19 Men's Lacrosse World Championship that takes place July 7-16 in Coquitlam, BC.

Over 200 players from across Canada applied for the opportunity to attend the tryout and evalatuion camp. The coaching staff used a series of evaluation tools, game videos, and research to trim down the group to 63 invitees to the training camp at IMG Academy.

Each week we will feature one of our alumni selected to U19 team!

Congrats to Jonathan Donville on being named to the U19 Canadian Men's Field Lacrosse Team!

The product of Oakville, ON is committed to attend Cornell University, where his brother, Brennan is currently a senior goaltender for the Big Red.

Jonathan has long been considered one of the top midfielders in Ontario. Jon has represented Team Ontario Box and Field 5 times, winning National Championships 4 times! Jonathan currently attends St. Michael's College school where he helped the Blue Gaels win the OFSAA Championship in 2015!

On the recruiting scene, Jon has been a standout with the EDGE program since he started 6 years ago. Jon has always been a leader for his team and one of the top two way middies. It was no surprise when Jon was one of the earliest 2017 recruits to verbally commit to an Ivy League program. Jon has helped his EDGE team win at all levels, including the NSCLA National Championship in 2014.  Jon's play has earned him numerous write-ups and nominations over the years as an all star at nearly every tournament he's played in. 3dRising editor, Casey Vock, one of the best known reporters in HS lacrosse has seen Jon play a number of times and calls him 'one of the best passing midfielders, I've ever seen'. Jon's father, Jason Donville was one of the program's earliest coaches and supporters, having both his boys, Brennan and Jon play EDGE. His involvement as a coach and supporter of the program has been instrumental to the development and growth of many of the players selected to Team Canada and to the program's success over the years.

Donville was impressive this last summer, and he looks like he’s taken his game up a notch in the last few months. Projected to be a very high selection in the OLA entry draft, Donville is playing with confidence and a smart, tough breed of lacrosse. He was the key offensive initiator for the Edge on Saturday, but as we Tweeted about through the weekend, it’s a passing clinic with Donville, who moves the ball incredibly well. He puts his passes on a rope, quite deliberately. He utilizes a subtle shoulder fake (something he picked up from watching John Grant Jr.’s play, according to his father) that allows him to keep his defender on his toes and guessing about what he’s about to do. Donville is a very strong face-off man, winning a large percentage of them for Edge throughout the day. When it was a 50-50 battle, Donville displayed his workmanlike ways, scrapping hard and showing the smarts and toughness to box out his man and get the ball up and out. Donville was one of the most impressive players of the weekend.

We had a chance to catch-up with Jon about his experience with the tryout and what it means for him to represent Canada.

JD - The tryout experience was stressful to say the least but extremely rewarding as well. I think the process pushed myself and all the other players to their limits, and in the end I believe it brought out the best in all of us. It was a physically and emotionally tiring process, but at the end of the day it was still an extreme privilege and honour to play with and against the best players in the country, and to have the opportunity to tryout to wear the red and white.

What was your reaction, where were you when you found out you had made the team?

JD - I was at school when I found out. I was obviously tremendously excited and anxious for the opportunity.

What will it mean to you to represent Canada?

JD - Playing for Canada is the greatest honour that I believe any Canadian athlete can have. Being able to wear the red and white and put the maple leaf on my chest is going to be one of the most amazing experiences of my life, and I am tremendously excited. Not to mention to be able to take the field with not only tremendous players, but some of my life long friends that I have played with for years is an absolutely incredible opportunity.

JD - thank you to you and everyone at edge for all the help and support over the past few years. I speak for a number of players when I say that we would not be here without you! 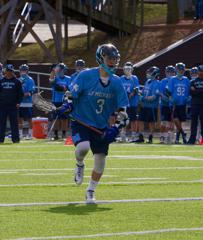 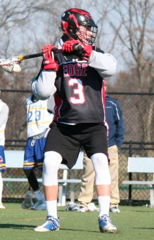 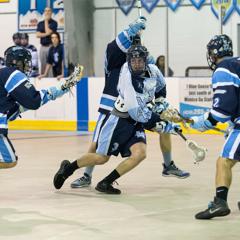