The 2018 NLL Entry Draft took place on Tuesday Sept 25 at the Xcel Energy Centre, in Philadelphia. Congrats to all players selected, and best of luck in this season and in your professional careers!

In total, 10 EDGE alum were selected, including 4 in the first round!

Congrats to Matt Gilray (Oshawa, On) on being selected 3rd overall in the 2018 NLL draft!

The 2018 Bucknell grad, is a long stick middie who finished a great career at Bucknell University. Matt was also a member of Team Canada that won silver at the 2018 FIL World Championships in Israel - https://bucknellbison.com/news/2018/6/20/211718973.aspx

2018 (Senior): Team captain ... named to the All-Patriot League Second Team for the third-straight year ... started Bucknell's final 10 games at close defense after starting the year as a long-stick midfielder ... registered 28 ground balls and 13 caused turnovers ... collected multiple ground balls in eight games, including the first five of the season ... topped out at five at Bryant ... caused multiple turnovers in three games, topping out at three against Lehigh ... named the Patriot League Defensive Player of the Week on 3/26 after holding three-time Patriot League Offensive Player of the Year and 2018 All-American Pat Spencer to three points (1G, 2A) in Bucknell's upset at No. 6 Loyola ... selected in the fifth round, 44th overall, by the Denver Outlaws in the Major League Lacrosse Draft. 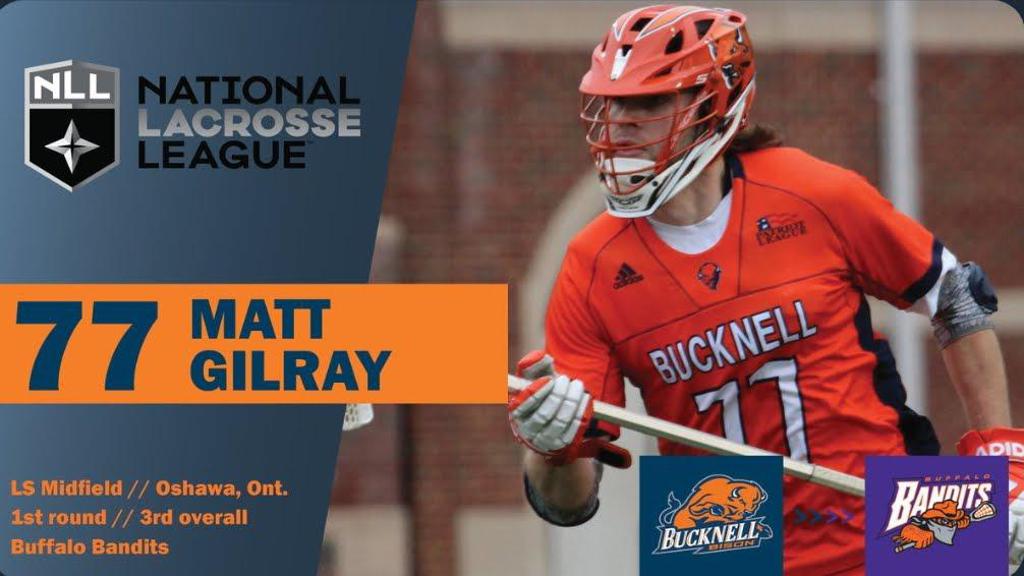 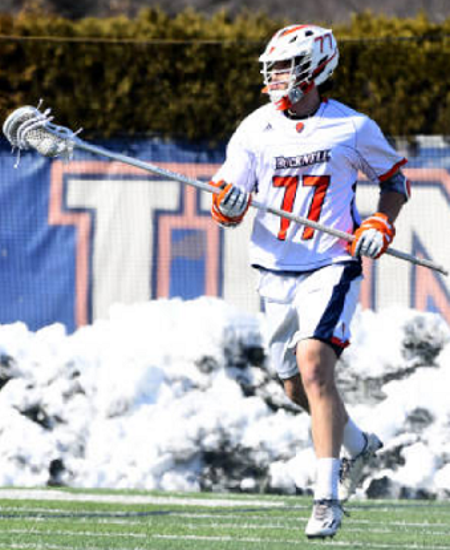 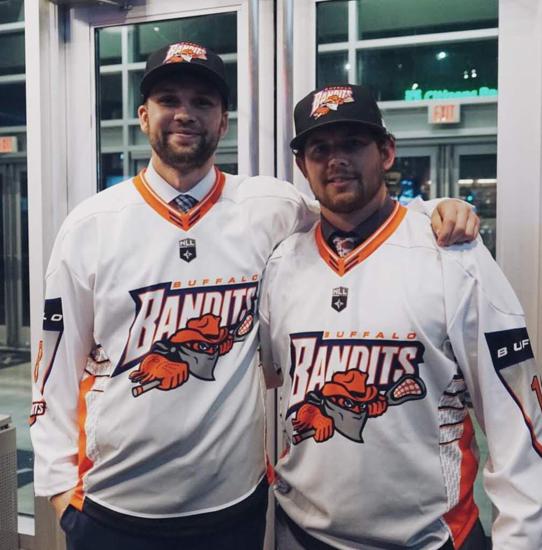 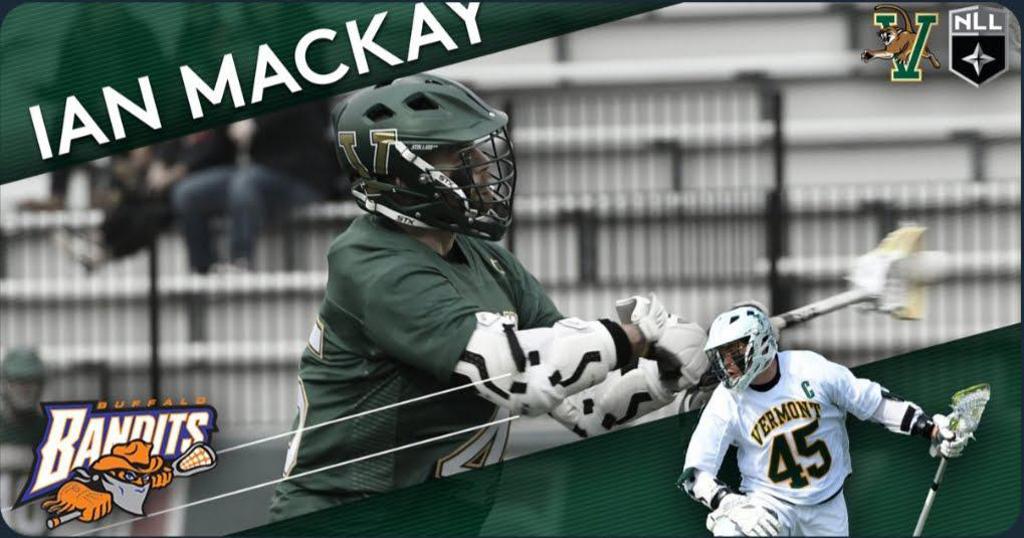 Former University of Vermont Captain, Ian MacKay was selected 4th overall by the Buffalo Bandits! With back to back picks in the 1st round, Buffalo addressed two immediate needs on defense and transition with MacKay and Gilray.

MacKay a standout at the University of Vermont, had a decorated career, where he ranks all-time in many school records: 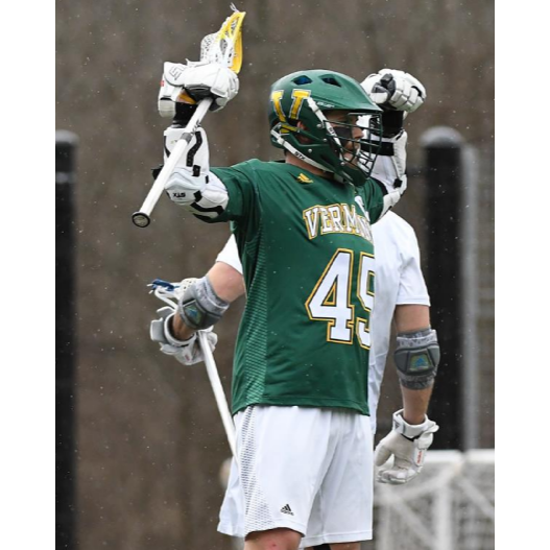 MacKay did plenty of flexing in college and hopes it will continue in the pros! 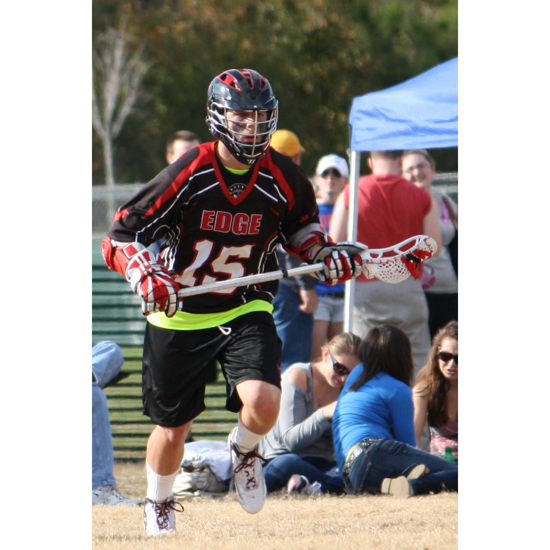 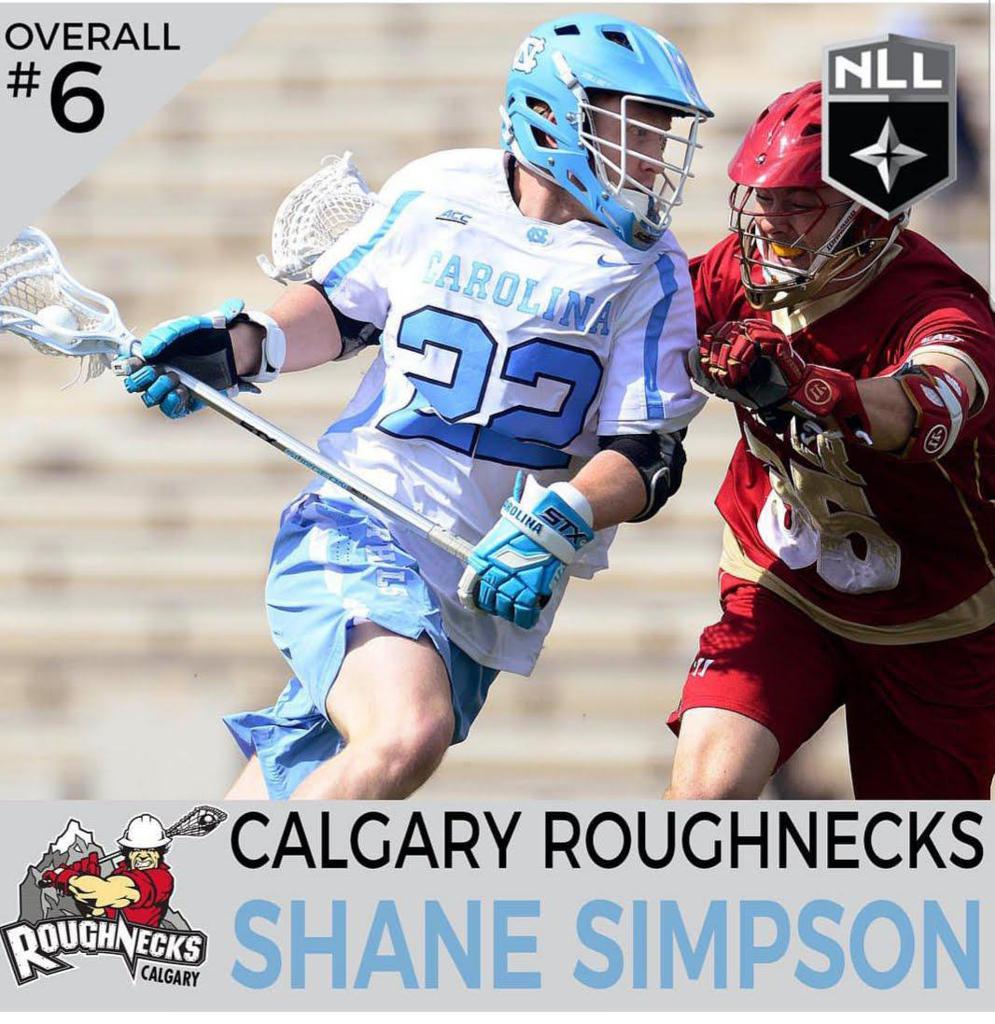 North Carolina midfielder, Shane Simpson was selected 6th overall by the Calgary Roughnecks! Simpson, won a DI National Championship with UNC in 2016. A speedy, transition player will hope to bring his championship pedigree and work ethic to Calgary this year.

Three-time letter winner who has run on top two midfield units in each of his first three years...three-time Dean’s List honoree...has great speed...strong between the lines... will play among the top six midfielders again as a junior in 2016

2016 (Junior):  started in first midfield in 14 of 18 games • had eight goals and 14 assists for 22 points • his 14 assists tied for the third most on the team • his 22 points were the most had in a season in his career as he had 17 points as a freshman in 2014 • had 14 assists as a junior after having eight assists in his first two years combined • was the sixth-leading scorer on UNC’s national championship team with 22 points • matched career high for assists in a game with two versus Michigan • named ACC Offensive Player of the Week after his performance in UNC’s 15-11 win at Johns Hopkins • had a career high for assists with three and points with five versus the Blue Jays 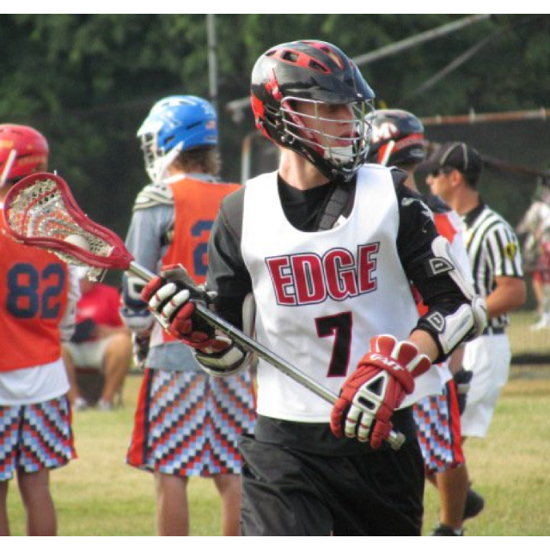 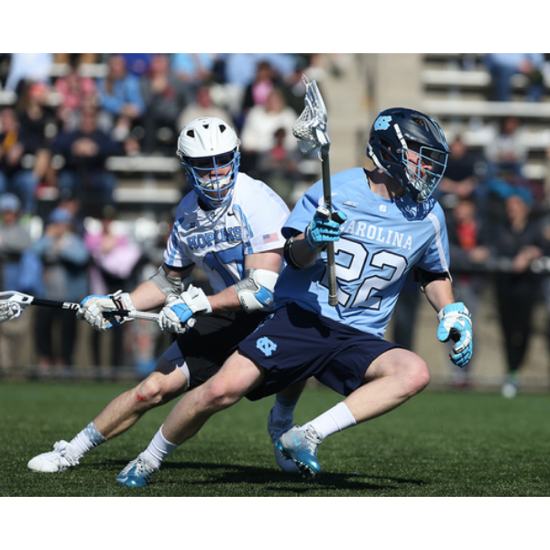 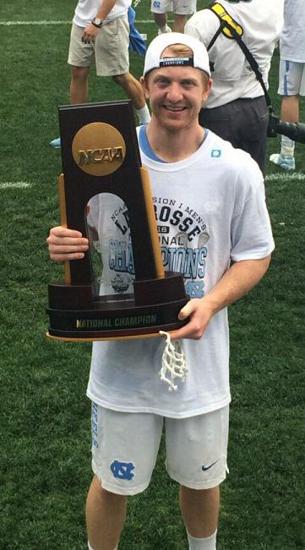 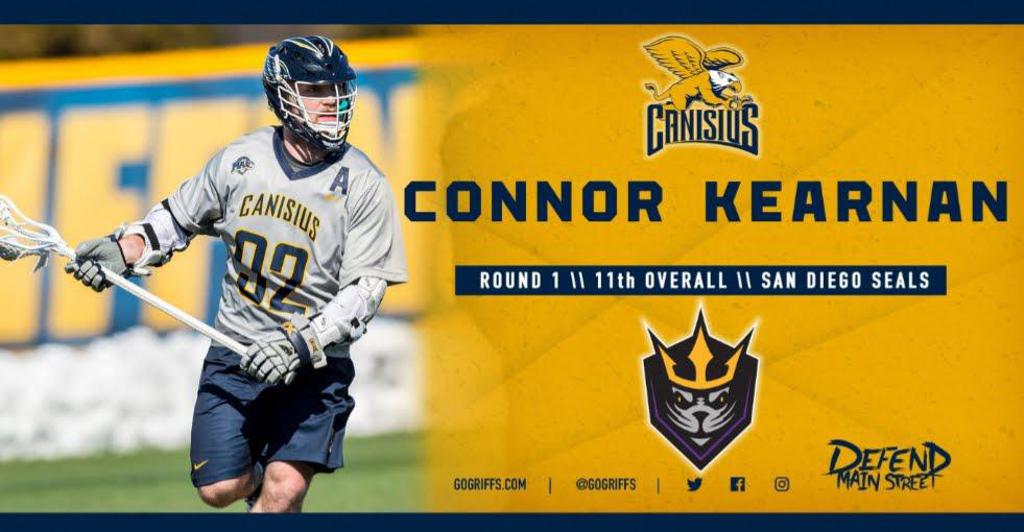 With the 11th overall pick in the draft, the San Diego Seals selected Canisius standout, Connor Kearnan! One of the top collegiate players the last 3 years, Kearnan brings an offensive pedigree that should make an immediate impact in the NLL. A Jr.A standout for the Whitby Warriors, Kearnan will help inject offense into the new NLL team in 2018-2019.

A native of Courtice, Ontario, Kearnan played three seasons at Canisius after transferring from Saint Joseph's following his freshman season.

He paced a high-powered Golden Griffins' attack in both assists (52) and points (83) during his senior campaign as he helped guide the program to its third MAAC Championship.

Kearnan, the 2018 MAAC Offensive Player of the Year and MAAC Championship MVP, recorded multiple points in all 17 games played as he set school and league marks for assists in a season and also established the league standard for points in a campaign.

A 2018 Inside Lacrosse Media All-American Honorable Mention and an USILA Scholar All-American, Kearnan led the MAAC and ranked among the top-10 players in the nation in both assists (3.06/6th) and points (4.88/8th) per game. He finished his Canisius career among program's career leaders for assists (91/2nd), points (180/5th) and goals (89/T-10th). 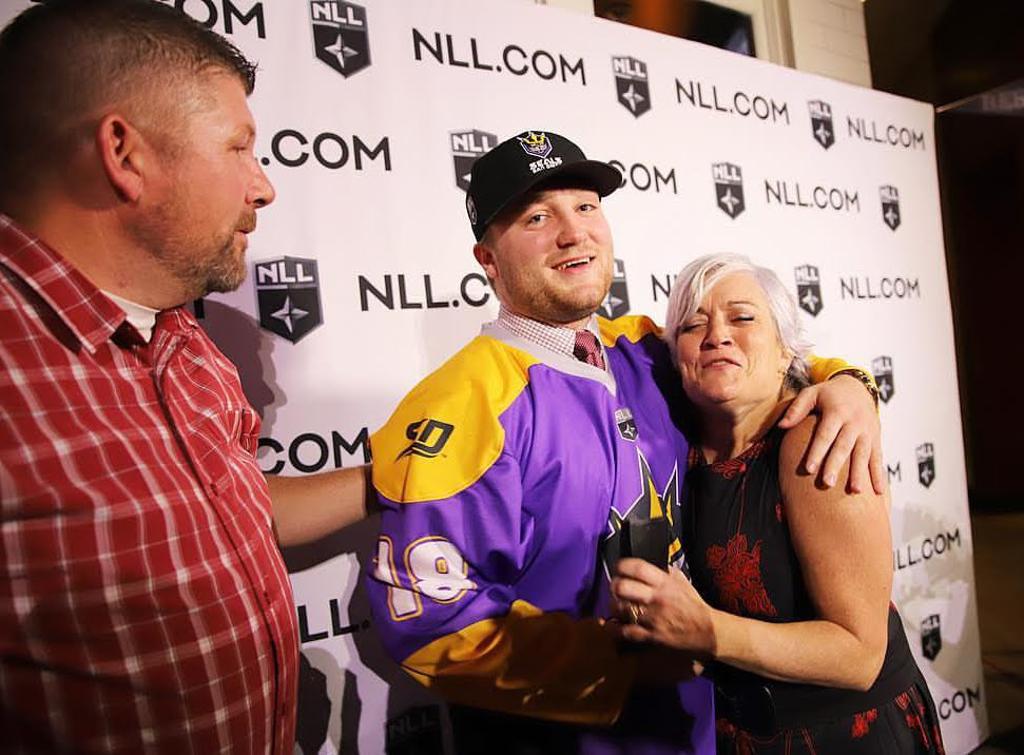 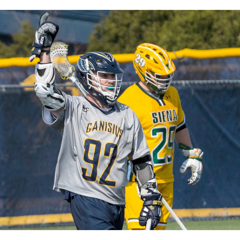 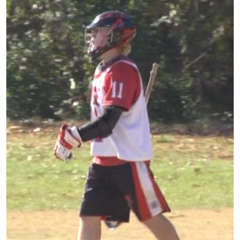 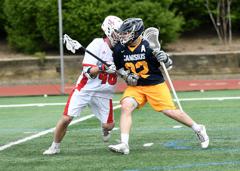 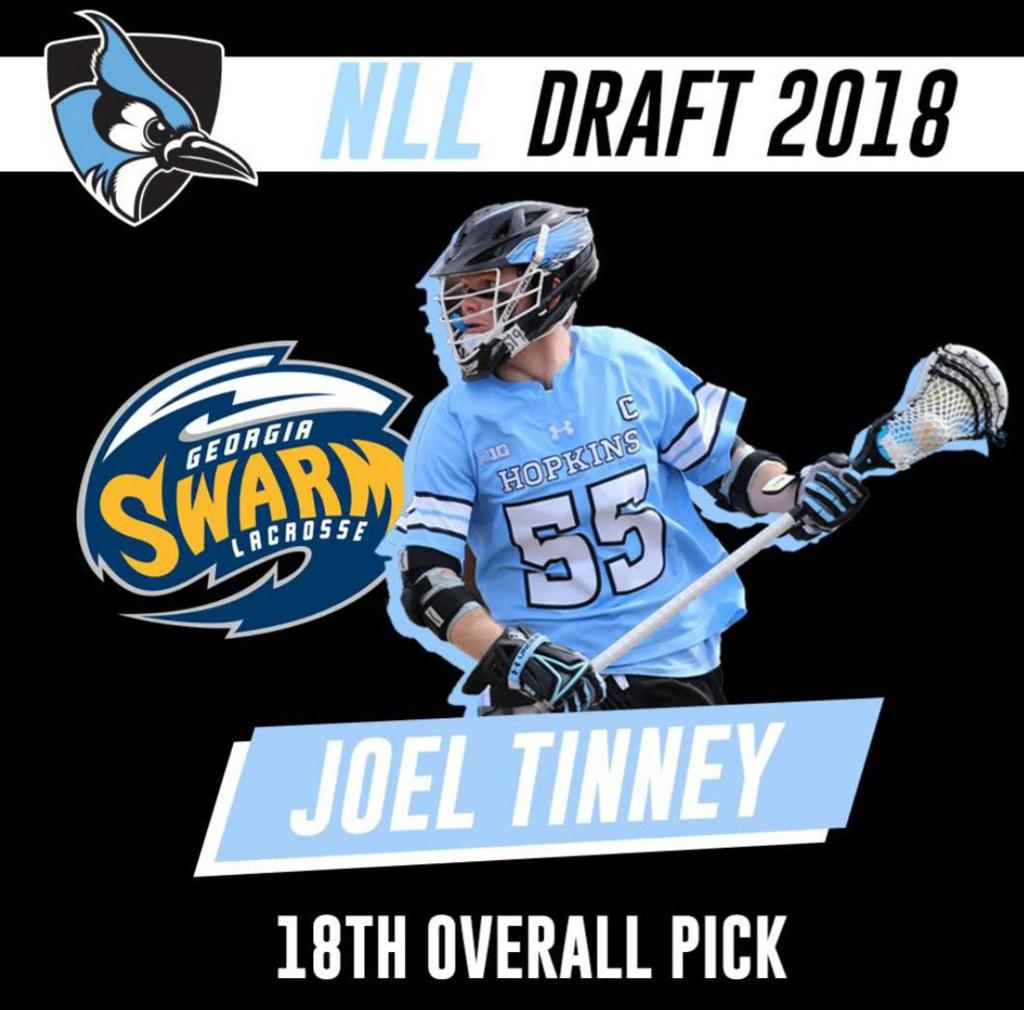 Johns Hopkins Senior, Joel Tinney was selected 18th overall by the Georgia Swarm. Georgia adds another dynamic and exciting player to their youthful core that will help them contend again in 2018-2019.

Tinney, widely regarded as one of the most exciting players in college lacrosse, graduates Hopkins with a long list of college accolades and awards.

2017
- Second Team USILA All-American.
- First Team All-Big Ten.
- Finished third on the team in goals (19) and points (28) and third in assists (9).
- Scored four game-winning goals on the year.
- Led the team in ground balls (40) and added eight caused turnovers.
- Totaled at least one point in 14 of 15 games with eight multi-point games on the year.
- Opened second with a three-goal, two-assist showing to lead JHU to a 15-8 win over Navy.  Included was a third-quarter goal on a hidden ball trick that broke a 7-7 tie and ignited an 8-1 game-ending run for JHU.
- Another another notch to career highlight reel with overtime game-winner against Loyola on a fake flip a the top of the box.  Got hands free from eight yards after fooling the defense to net game-winner in a 14-13 victory.
- Scored twice and added two assists in a 13-5 win at defending national champion North Carolina.
- Scored three goals in 18-17 come-from-behind OT win against Virginia, including one that gave JHU its first lead (15-14) late in the fourth quarter.
- Scored twice at Ohio State and came back with two goals against Penn State and one goal and one assist against Michigan.
- Had one goal and two assists in Big Ten Semifinals at Ohio State. 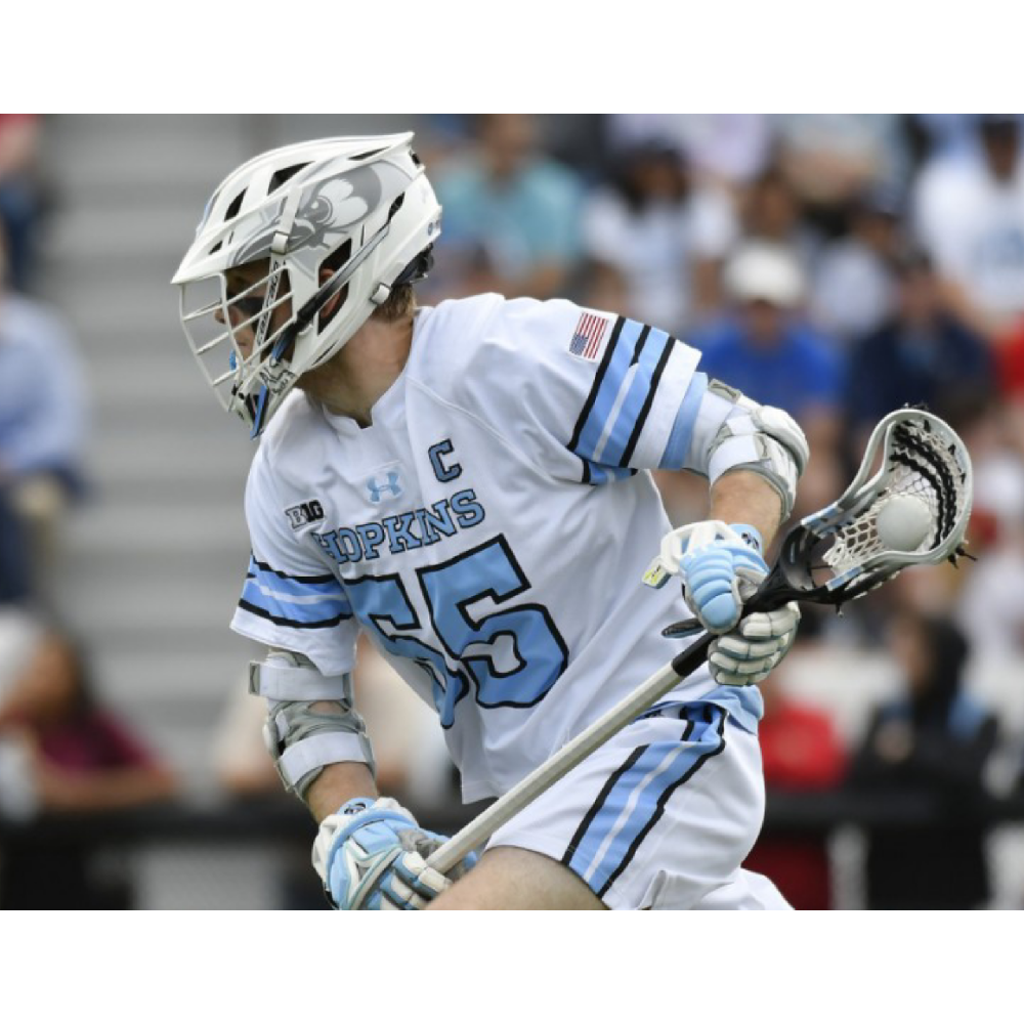 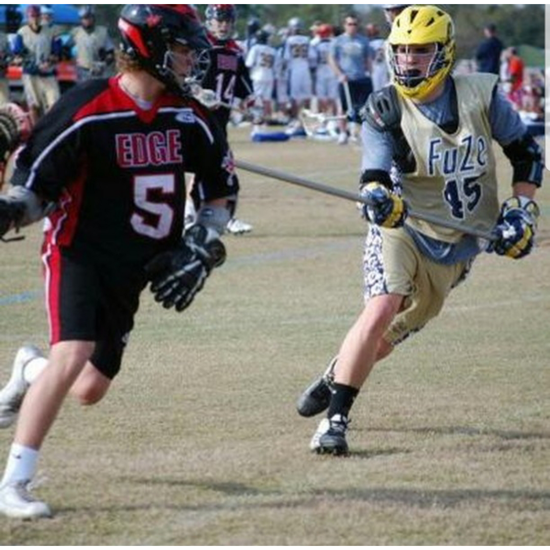 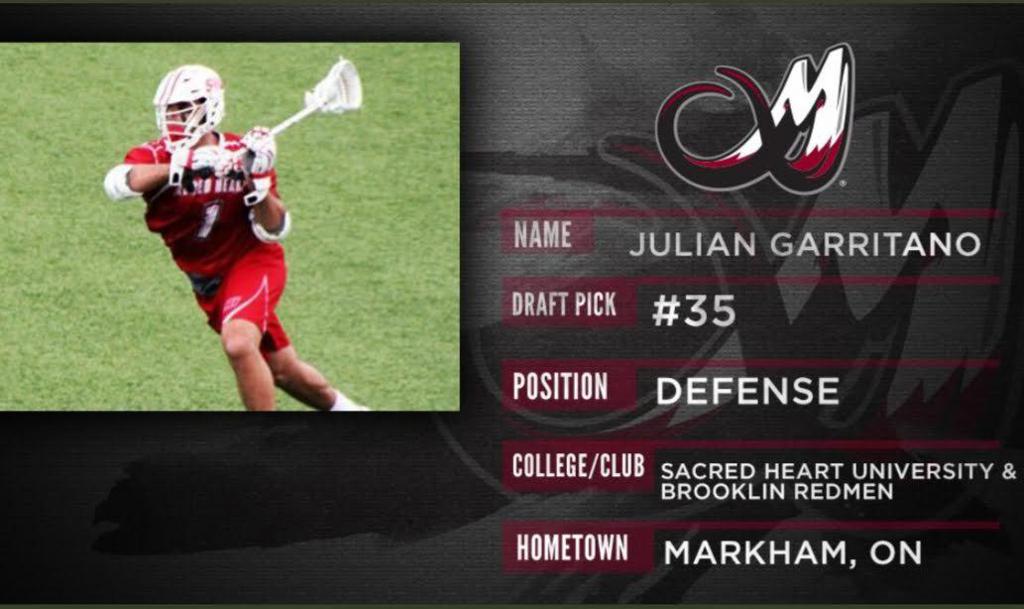 Congrats to Julian Garritano on being selected by the Colorado Mammoth! The Markham, ON native and graduate of Sacred Heart University will hope to earn a spot with the Mammoth this year!

A former team captain with the Pioneers, Julian brings a balanced skill set to the Mammoth.

Garritano tallied 18 goals as a senior in 2018 and ranked fifth on the team with 20 points. He had a pair of hat tricks, including scoring the game-tying goal late in regulation and the overtime game-winner against Providence on March 3. As a junior in 2017, he collected 20 goals and seven assists over 15 games. 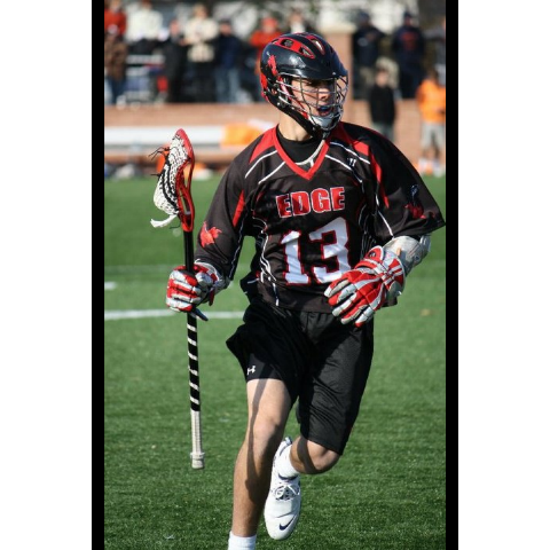 Austin Divitcos Selected in the 4th Round by San Diego 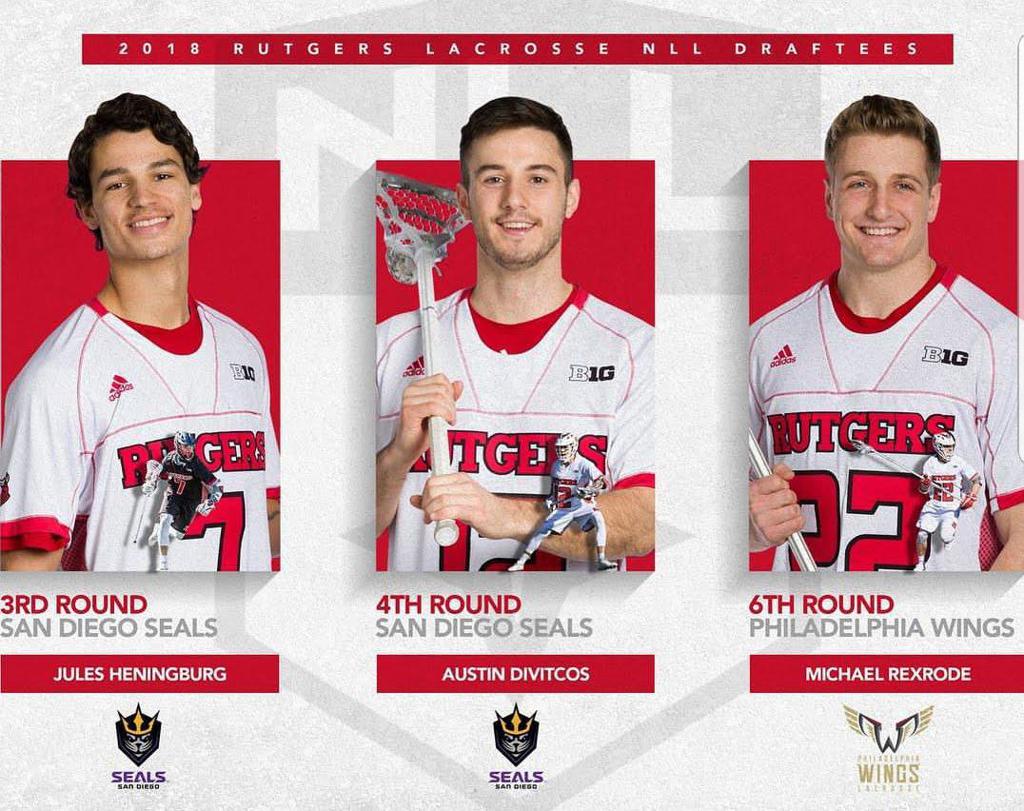 Congrats to Austin Divitcos on his selection in the 4th round by San Diego!

A product of Richmond Hill, ON, Austin graduated from Rutgers University and is currently a grad asisstant at Colorado University 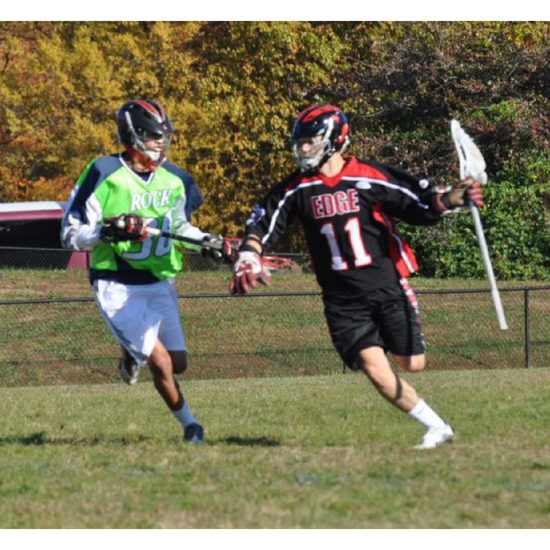 Congrats to Nolan Apers (Oakville, ON) on his selection in the NLL Entry Draft by Georgia!

Apers wrapped up his career in the Brown and White this past May, playing in 49 games (17 starts) with 11 goals and six assists. As a senior, Apers tallied career highs in goals (6), assists (3) and points (9), posting two multi-goal games in 2018. Included was two goals at No. 18/19 Hofstra, coming consecutively in the fourth quarter of a 13-8 win. 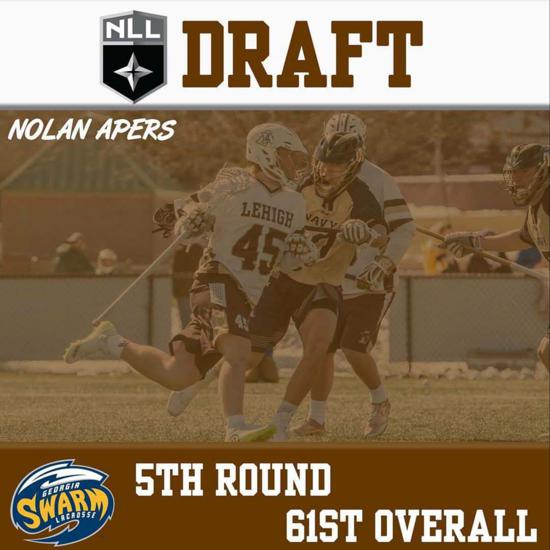 Congrats to Jake Cook (guelph, ON) on his selection in the 2018 NLL draft by San Diego Seals!

Cook played in 33 games as a Friar. He recorded seven points on four goals and three assists. He picked up 34 ground balls and caused 18 turnovers at Providence. The San Diego Seals are entering their inaugural season as an expansion team in the NLL. The Seals kick off 2018-19 with a home game against the Buffalo Bandits on Dec. 8. 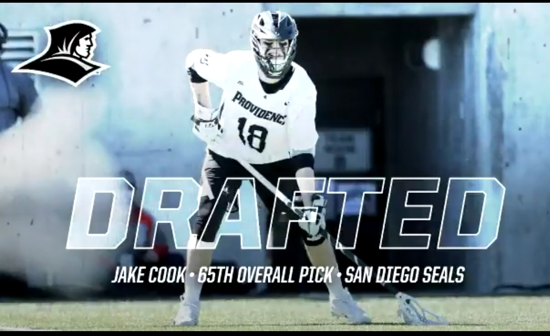 Congrats to Tyler Gaulton on his selection by the Saskatchewan Rush, 67th overall!

Gaulton, a four-time All-American and a two-time NCAA Division II National Champion, was selected with the 67th overall pick by the Rush. He is the third Limestone player taken in the NLL draft over the last three years, joining former teammates Mike Messenger in 2016 and Colton Watkinson in 2017.

One of just three players in Limestone history to earn All-America honors all four years with the Blue and Gold, Gaulton helped lead the Saints to three straight NCAA Division II National Championship Game appearances during his tenure. Limestone captured two national crowns during that span (2015, 2017).

A four-time All-Conference Carolinas selection and the 2016 Conference Carolinas Defensive Player of the Year, he graduated ranked sixth all-time in program history with 37 caused turnovers. Gaulton anchored two top-10 defenses during his freshman and sophomore seasons at Limestone while the defensive unit ranked sixth nationally in man-down defense during his junior campaign.

Overall, he played in 79 career games at Limestone, finishing with 37 caused turnovers and 71 groundballs. Gaulton posted career highs as a junior with 13 caused turnovers, 21 groundballs and a goal to help lead the Blue and Gold to its third NCAA Division II National Championship in four years. 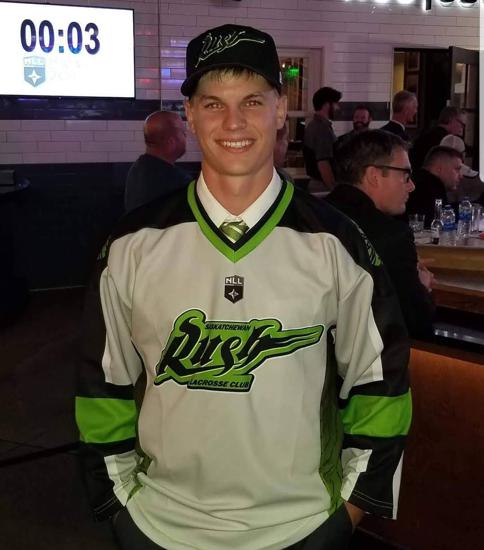 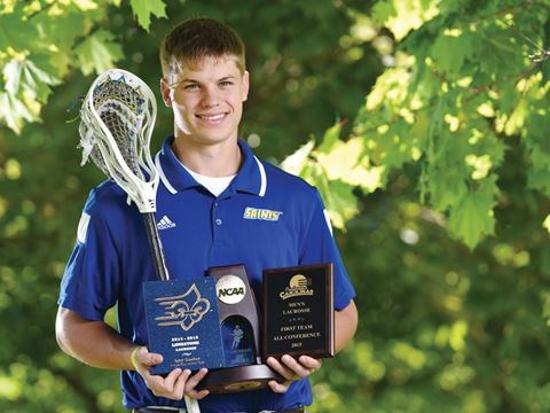