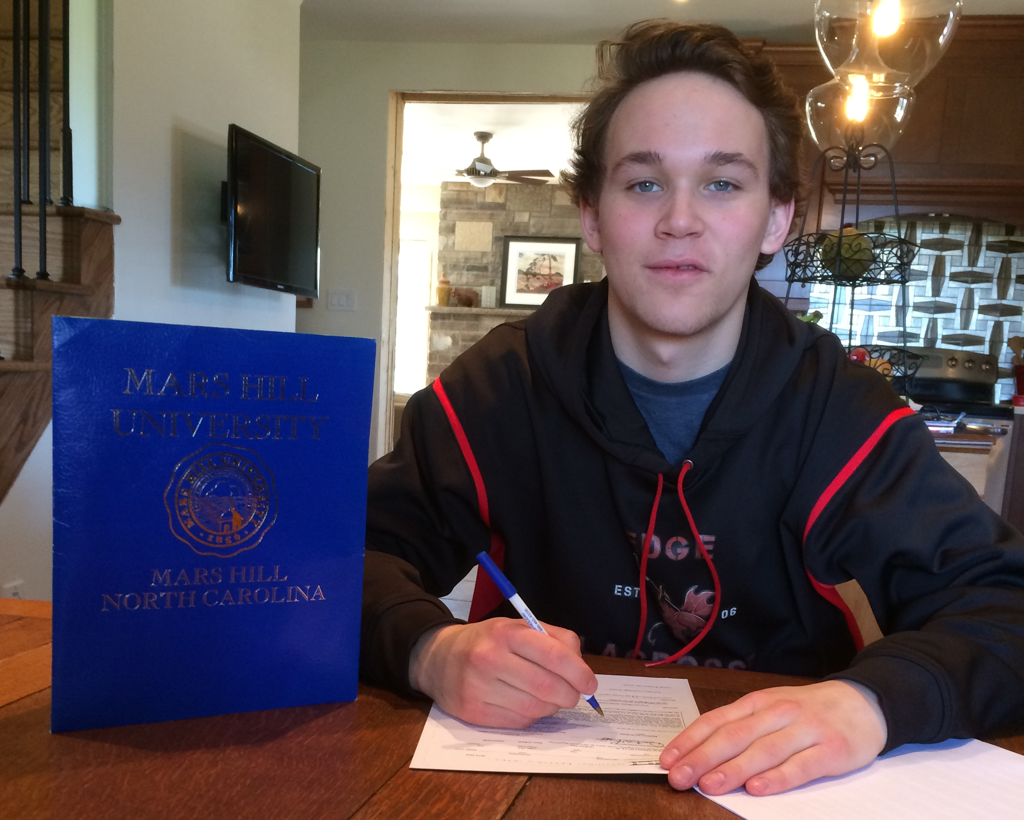 Congratulations to Edge 2015, Spencer Andrews on signing his NLI to Mars Hill University! Spencer, grew up playing box lacrosse in Uxbridge for the Enforcers, later picking up field and playing for the Newmarket Redbirds. Spencer, is best described as a two way midfielder, who can contribute on both sides of the ball. Spencer is a hardworking and reliable player who uses his athleticism on defense to stay with his man, create turnovers and scoop loose balls and run in transition. On offense, Spencer can create his own shot off the dodge, and possess a hard, accurate shot. Spencer can also finish in tight with a great stick and plays well off ball to create space and opportunities. Spencer also understands the commitment and effort required to battle and overcome adversity. In 2012 at the 1st Edge practice of the fall, Spencer suffered an injury during training, that resulted in a year long ACL injury. After months of rehabilitation and determination, Spencer returned in 2014, stronger and faster than before! We are very proud of Spencer's commitment and we look forward to following his career in the NCAA! Spencer is now the 3rd member of our 2015 class to commit to Mars Hill, joining Josh Bryers and Austin Bouchard!

Where did you first begin playing lacrosse?
SA - I first began to play box lacrosse in Uxbridge, for the Enforcers. I began field lacrosse for Newmarket Redbirds.

Where are you currently enrolled/playing?
SA - I am currently playing for Markham Ironheads Jr B lacrosse club.

Why did you choose Mars Hill
SA - When I went stepped on campus at Mars Hill I had a very good feeling that this was the school for me. I loved the athletic facilities, and the coaching staff is great. I felt like Mars Hill was the perfect choice for me.

Future ambitions and goals beyond NCAA lax?
SA - I would like to get into the business world, I would like to become and entrepreneur or go into marketing specifically. I would also like to stay playing lacrosse as long as I can.

When did you join Edge? Can you tell us about your experience in the program?
SA - I joined Edge in the fall of 2012. My season was ended short due to an ACL injury. I returned to Edge for the summer and fall of 2014. I had a lot of fun playing Edge and met a lot of good friends. It was a great experience to be a part of.

Any future advice for Edge members ?
SA - Don’t rule out a school instantly. It is always good to stay in contact with as many schools as possible. Also reach out to schools, don’t wait for them to come to you.

Favorite memory with Edge?
SA - NSCLA finals against Crabs in 2014

Who did you look up to growing up?
SA - I looked up Cody Jamieson, and Colin Doyle when I was growing up

Any shoutouts, special thanks?
SA - Thanks to my Parents for driving me all around the US to play in tournaments, and helping me when I was recovering from my knee surgery. 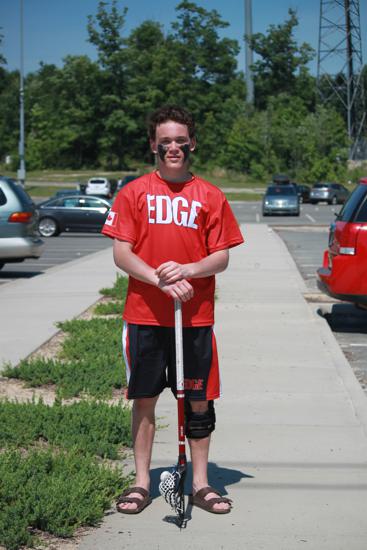 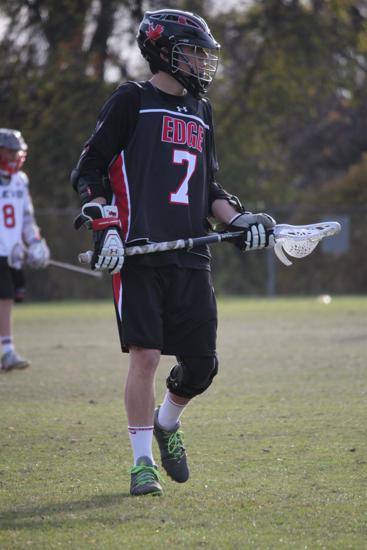